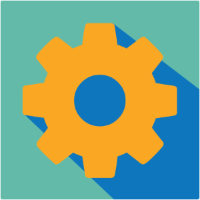 This section provides an overview of the new features in v5.2 of the Ed-Fi ODS / API for Tech Suite 3. A comprehensive list of all changes is in the Release Notes section.

This section briefly describes the new features and enhancements built into the ODS / API v5.2 and provides links to additional documentation.

Ed-Fi ODS / API v5.2 implements Ed-Fi Data Standard v3.3.0-a, which introduces changes to the core data model around the domains commonly captured in student information systems and assessment systems. These changes are intended to be non-breaking to most API clients. However, platform hosts should be aware that there are database changes and changes to build and deployment pipelines.

Data Standard v3.3.0-a can also be reviewed in the context of API specifications:

Ed-Fi ODS / API exposes OpenAPI Specification metadata that describes all the API resources as well as the inputs, HTTP verbs, and JSON schema of the exposed resources.

Ed-Fi ODS / API also exposes another metadata endpoint that indicates the dependency order for the API operations enforced through entity relationships in the ODS database or by authorization.

These metadata endpoints are listed in the API root for easy access: 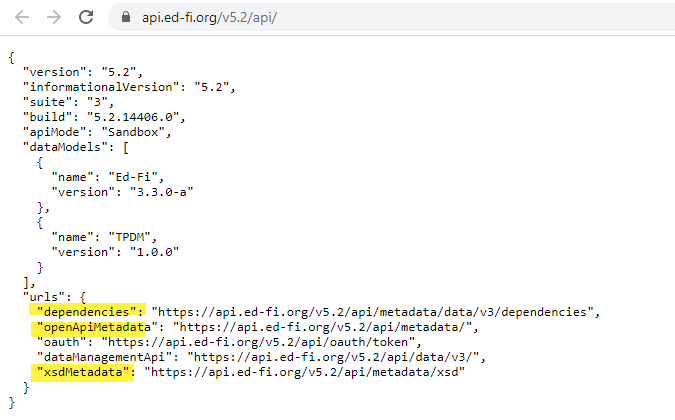 The Bulk Load Client Utility has been enhanced to read these metadata endpoints from the API root, and validate and load the source XML in the correct dependency order.

The goal of the changed record queries (or "change queries") feature is to surface information about the changes made to database tables to clients of Ed-Fi APIs. These changes include inserts, updates, and deletes. In previous versions of the ODS / API, due to transactional nature of live ODS, even careful change processing could not guarantee absolute downstream referential integrity unless API host operationally ensures that no other clients or processes are modifying ODS data while change processing is underway.

In this release, API hosts can implement a regularly scheduled activity that either creates a database snapshot (a SQL Server feature that creates a lightweight static "copy" of the database), or backs up and restores the ODS as a new database. The ODS / API then can expose the snapshot database for change processing.

In previous versions of ODS / API, the .NET binaries were released on MyGet. This release moves binaries to Azure Artifacts. This move supports more storage space and package workflow improvements. The Azure Artifacts best practices package promotion workflow is followed. Development packages are now published to @Local feed and release packages are promoted to the @Release feed. While technical artifacts of ODS / API follow semantic versioning as announced in May 2020, the new package promotion workflow results in a high patch number. This high patch number is due to daily builds during development rather than actual production patches. When there are production patches, they will be updated and highlighted in the Binary Releases page.

Ed-Fi ODS / API v5.2 supports TPDM v1.0 as optional dynamic extension plugin. Teacher preparation providers can use this extension to evaluate program improvements based on how their graduates perform in the classroom rather than on general or anecdotal evidence. See the Teacher Preparation Data Model documentation for more details on this extension. For instructions on how to deploy the extension see the article Getting Started with TPDM v1.0.