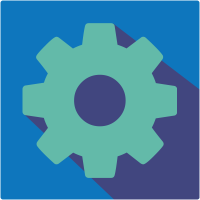 This section provides an overview of the new features in v5.3 of the Ed-Fi ODS / API for Tech Suite 3. A comprehensive list of all changes is in the Release Notes section.

This section briefly describes the new features and enhancements built into the ODS / API v5.3 and provides links to additional documentation.

Ed-Fi ODS / API v5.3 implements Ed-Fi Data Standard v3.3.1-b, which brings a subset of TPDM elements into the core data model and introduces changes around the domains commonly captured in student information systems and assessment systems. Refer to What's New - v3.3-b for details. These changes are intended to be non-breaking to most API clients. However, platform hosts should be aware that there are database changes and changes to build and deployment pipelines.

Data Standard v3.3.1-b can also be reviewed in the context of API specifications:

Ed-Fi ODS / API v5.3 brings in EPDM core v1.1.0 (previously TPDM) as a dynamic extension plugin. Educator Preparation Providers can use this extension to evaluate program improvements based on how their graduates perform in the classroom rather than on general or anecdotal evidence. See the Educator Preparation Data Model documentation for more details. Out of the box, the Ed-Fi ODS / API installs the EPDM core plugin. If you are interested in the EPDM community edition, see the article Installing Ed-Fi ODS / API 5.3 with EPDM-Community v1.1.

Extending the Data Model is one of the key features that draws implementers to the Ed-Fi ODS / API. Typically, this involves a development activity that modifies the ODS, data access code, API surface, Open API metadata, and more. Hence, extending the model requires CI/CD setup for build and deployment of extended API.

Many LEA implementations depend on the as-shipped Ed-Fi-published packages and do not have the resources to develop extensions. So we introduced dynamic extension feature in an earlier Suite 3 release. This feature allowed extension plugins to be created and then consumed at runtime by the ODS / API without source code changes. This opened up the door for LEA implementations to consume domain extensions and data exchange standards that are emerging as extensions without source code changes.