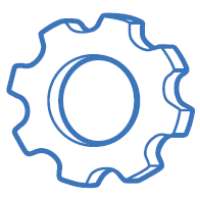 This site supports the ODS / API Release Candidate.
The documentation on this site may change prior to release.

This section describes how to set up the Ed-Fi ODS / API v3.0 Technical Preview on a development machine.

Verify that .NET Framework 3.5 is installed:

Install the latest version of the Java Runtime Environment.

Before you begin this step, make sure you have a license and a login to access the Ed-Fi Alliance source code repository in GitHub. The Ed-Fi ODS / API source code is contained in three Ed-Fi repositories hosted by GitHub.

The Tech Preview Release of the Ed-Fi ODS / API can be found in the repository links below:

Use a Git client (such as GitHub Desktop) or a Git command line tool to Git Clone each of the repository links described above. It is important that all three repositories are extracted to the same root directory (for example C:\). When all repositories have been cloned, there will be three folders for the ODS / API source code as shown below:

When you clone a repository, ensure that you have the correct tag or branch checked out in your client before proceeding

The links above are for the stable release of the ODS / API v3.0 Tech Preview. You can download the links to the very latest daily source code in the development branch: 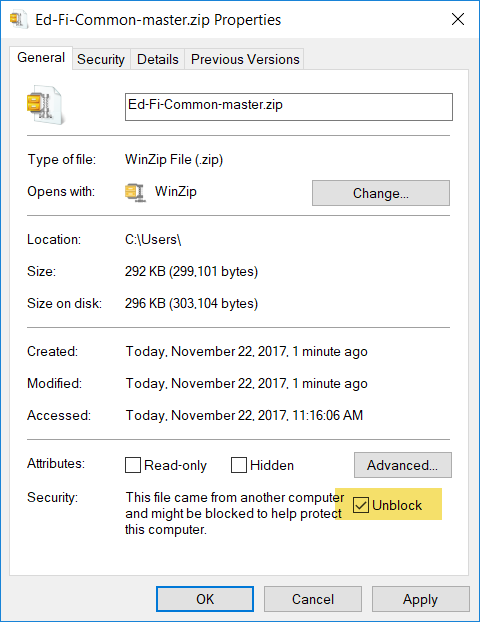 When opening PowerShell, ensure that Run as Administrator is selected. You may need to change the execution policy for unsigned PowerShell scripts to run on your machine to run the scripts. This may be accomplished by opening a PowerShell console and typing the following command:

Once the PowerShell scripts for development have been loaded and a development certificate has been installed, the development environment may be initialized by typing the following into a PowerShell command prompt: 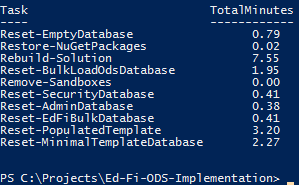 The following diagram shows how the XML schema and empty ODS Database are used to create the API for the Ed-Fi ODS using code generators within the solution. The presence of the “EdFi_Ods_Empty” database is necessary because the code generation uses the database to understand the structure that it uses to generate data access code.

The Upload and Bulk workers work in conjunction with the bulk load API. They monitor message queues containing instructions to asynchronously reassemble the uploaded file segments and process the assembled bulk data. If you will be performing bulk operations, you may choose to set the startup project action to Start for the following projects:

Alternatively, you can start these projects on demand after loading the files.

3.   Click OK to accept the changes to your local development settings.

Step 8. Build and Run the Solution

The first time you build the solution, you may get a build error related to the Ed-Fi-Common project. If this occurs, simply building the solution again will generally result in a successful build.

The solution builds and starts each of the projects that were added to the startup projects list. Each web application starts an instance of IIS Express. By default, the websites are configured according to the following table:

At this point, you're ready to explore the system. 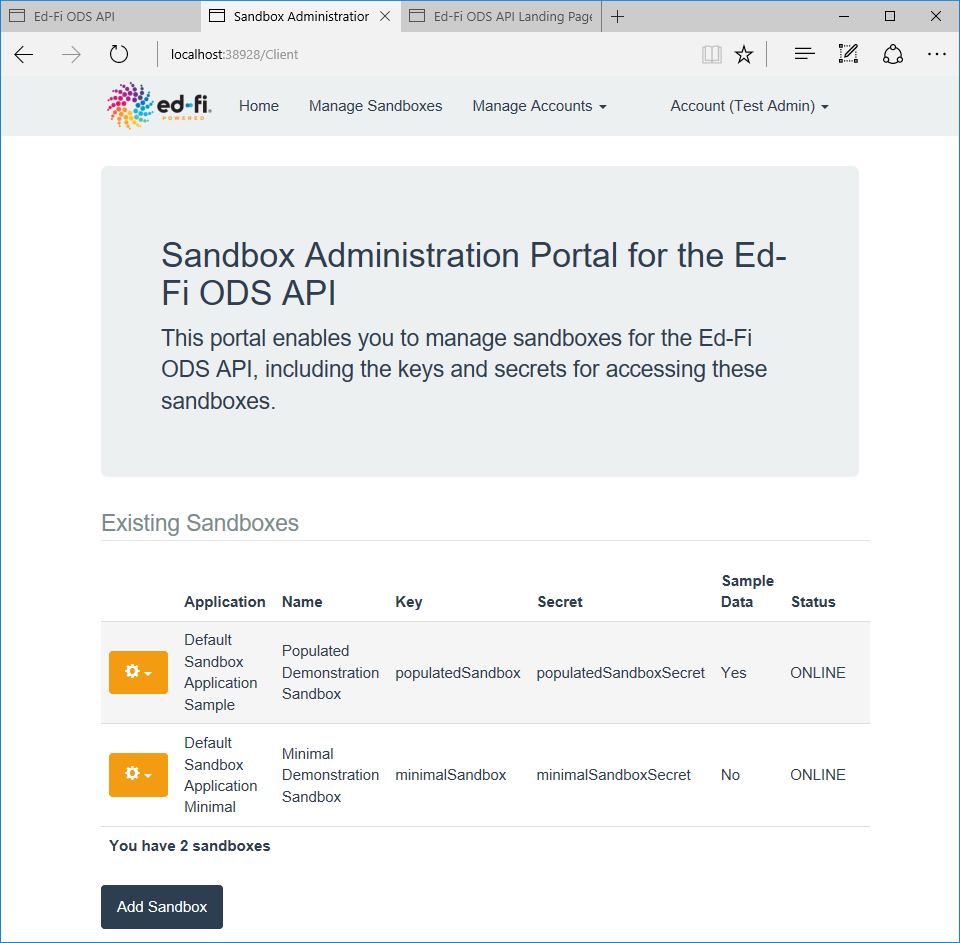 The Ed-Fi ODS / API Documentation web page uses a key and secret (typically the same one used for the Sandbox Administration Portal) to access the data that has been placed in the corresponding sandbox.

To view the data in your sandbox, enter the key and secret in the appropriate fields and retrieve a token. This token is used throughout your session to access your sandbox. This is the same process used by other applications to access their data. 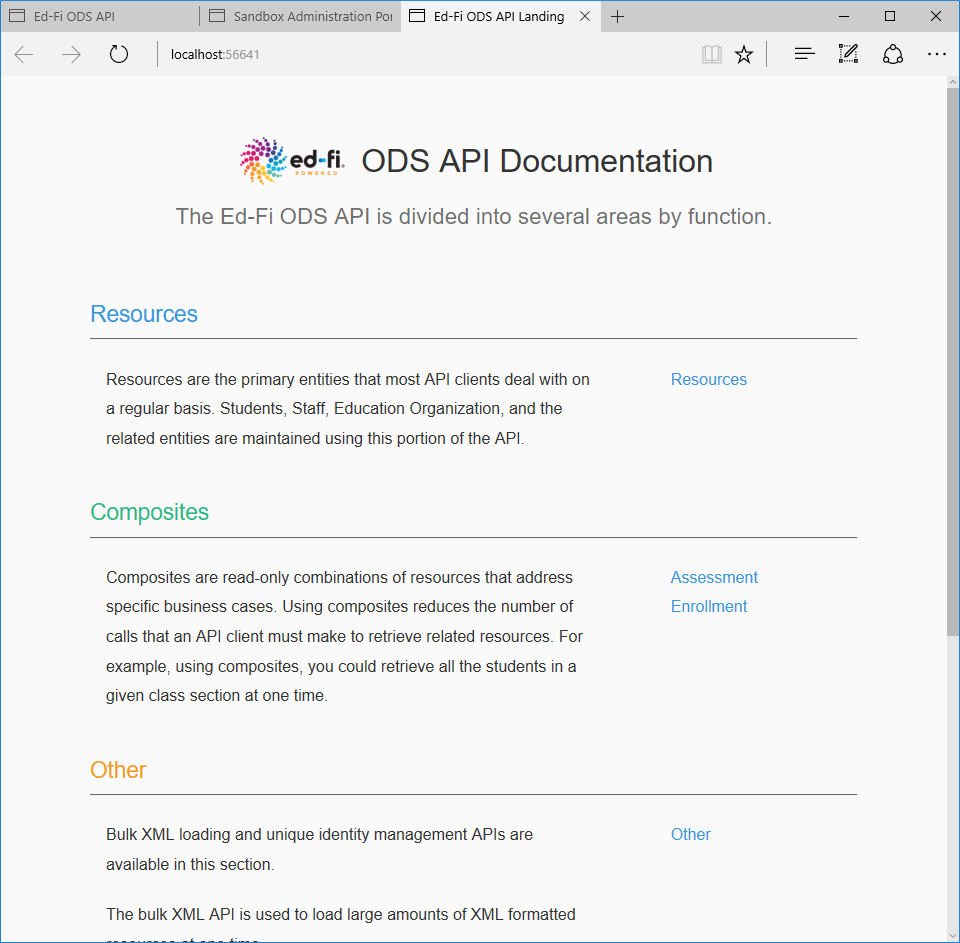