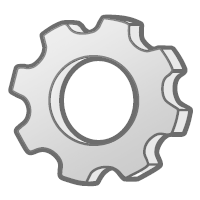 Using code generation tools, much of the data access code required for a client can be created automatically using metadata exposed by an Ed-Fi ODS / API platform host.

The metadata in the ODS / API v2.2 is based on version 1.2 of the Swagger specification.1 Java and .NET clients have been explicitly customized for use with the Ed-Fi ODS / API, but the Swagger Codegen project supports generating clients for additional languages if your client will be written in Ruby, Python, PHP, or some other language.

The links below provide step-by-step guidance for the C# and Java flavors of the customized code generation tools:

The step-by-step instructions reference a publicly available instance of an Ed-Fi ODS / API hosted by the Ed-Fi Alliance, so you can get started even if you haven't obtained a key / secret from another platform host. A technical overview of the generated code can be found in the SDK Reference section of this documentation.

For developers that have the full ODS / API development environment configured, the How To: Generate the API SDK for C# - The Easy Way article describes an alternative approach to generating the API SDK for C#.

Find out more about how to develop client applications for an Ed-Fi ODS / API v2.2 platform: