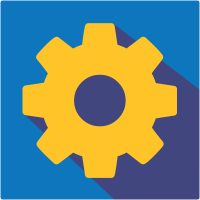 This section provides an overview of the new features in v5.1.0 of the Ed-Fi ODS / API for Tech Suite 3. A comprehensive list of all changes is in the Release Notes section.

This section briefly describes the new features and enhancements built into the ODS / API v5.1.0 and provides links to additional documentation. ODS / API v5.1.0 implements Ed-Fi Data Standard v3.2.0-c, which means there are no breaking data standard changes accompanying this release. However, platform hosts should be aware that there are a few database view changes and major configuration changes due to source code migration to .NET core.

Data Standard v3.2.0-c can also be reviewed in the context of API specifications:

In previous Ed-Fi ODS / API releases, though the platform could be run in a variety of server environments including on-premises hardware or cloud-based platforms like Google Cloud, AWS and Azure, the API servers had to be run on the Windows operating system. As announced in a recent blog post, this release migrates the source code to .NET core allowing full cross-platform support, supporting Windows and Linux operating systems. The upcoming Docker deployment for ODS / API release will provide docker deployments for a PostgreSQL-backed ODS on Linux servers.

Extending the Data Model is one of the key features that draws implementers to the Ed-Fi ODS / API. Typically, this involves a development activity that modifies the ODS, data access code, API surface, Open API metadata, and more. Hence, extending the model requires CICD setup for build and deployment of extended API.

Many LEA implementations depend on the as-shipped Ed-Fi-published packages and do not have the resources to develop extensions. This release brings a dynamic extension feature which allows extension plugins to be created and then consumed at runtime by the ODS / API without source code changes. This opens up the door for LEA implementations to consume domain extensions (e.g., TPDM) and data exchange standards that are emerging as extensions (e.g., Finance, Assessment, and more in the future) without source code changes.

See How To: Create an Extension Plugin for details on creating extension plugins that can be shared with the community.

The previous Ed-Fi ODS / API v5.0.0 release included TPDM 0.8 as extension that was deployed by default. Ed-Fi ODS / API v5.1.0 supports TPDM 1.0 as optional dynamic extension plugin. Teacher preparation providers can use this extension to base program improvements on how their graduates perform in the classroom rather than on general or anecdotal evidence. See Teacher Preparation Data Model for more details on this domain extension. For instructions on how to deploy the extension see the article Getting Started with TPDM v1.0.