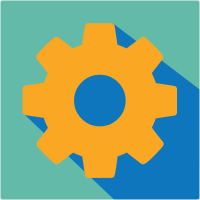 This section provides an overview of the new features in v3.4 of the Ed-Fi ODS / API. A comprehensive list of all changes is in the Release Notes section.

This section briefly describes the new features and enhancements built into the ODS / API v3.4 and provides links to additional documentation.

The data model changes introduced in Data Standard v3.2b can also be reviewed in the context of API specification updates:

In December 2019, Ed-Fi issued a release candidate binary-release of the Ed-Fi ODS / API, targeting PostgreSQL. This release was provided as a separate offering (code named Roadrunner) apart from the core ODS / API release. ODS / API v3.4 brings PostgreSQL support into the core platform. It is still targeted primarily at local education agencies, with the following scope of features:

With the above set of features, this release takes ODS / API PostgreSQL support to parity with Ed-Fi ODS / API cloud offering. Other significant additions are:

The following features are not supported or tested for PostgreSQL:

See Getting Started - Installation Steps for details on setting up a PostgreSQL-backed ODS / API.

With this release, the ODS / API will also allow a "By District" partitioning strategy to support district collaboratives that would like to keep each district's data in separate ODS. See District-Specific ODS Configuration for details. Runtime configuration of the API and ODS deployment options have been added for these partitioning strategies.

In previous ODS / API releases, there was some overlap of functionality between the Database Deploy Tool and the Migration Utility. Specifically, the Database Deploy Tool could be used to upgrade the ODS / API in certain nonbreaking model change scenarios. However this caused confusion in tooling support and also delayed ODS / API alignment with upcoming standard changes due to the need for manual generation of upgrade scripts.

With ODS / API v3.3 release, the Alliance  announced deprecation of  server-side bulk loading of XML files. While the functionality is still supported in the ODS / API v3.4 release, we intend to remove support for Bulk Load Services and the Console Bulk Loader in a future release. Therefore, implementers who depend on either of these components should plan on switching to the Bulk Load Client utility. The Bulk Load Client has been enhanced in preparation of  removal of server-side bulk loading.