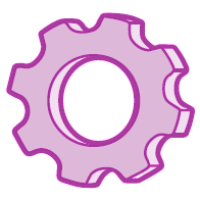 This section briefly describes new features and enhancements built into the ODS / API v2.2 and provides links to additional documentation.

The bulk load process has been updated to improve the performance of bulk loading Ed-Fi XML data files. Under the new implementation, bulk load processing is done in two phases. The first phase processes the data from Ed-Fi XML files into the Bulk Load ODS. The second phase processes the data in the Bulk Load ODS into the current ODS. For more details, see ODS / API Optimized Bulk Load.

In ODS / API v2.2, the Identities API has been improved, based on feedback and requirements from field implementations. The Ed-Fi Identities API provides an abstraction wrapper for an optional, native identity system. The revised interface is described in detail in the Identities API technical article, and code changes are tracked here.

The API interface to the Ed-Fi ODS / API exposes metadata describing the exposed resources as well as the inputs, HTTP verbs, and schema of the exposed entities. This metadata enables a user interface (based on the Swagger framework) to display API documentation. In the v2.2 release, the Swagger documentation framework was upgraded to Swagger v2.0, which delivers improvements in the API documentation pages. In addition, an API summary page is provided, which provides an overview of the type of APIs, with links to detail pages.

The initdev process and environment was simplified and tested to provide support for Visual Studio 2015 (in addition to Visual Studio 2013). For more information, see Getting Started - Installation Steps.

This release includes a number of bug fixes contributed by the Ed-Fi Alliance and implementers. Details are catalogued in the Release Notes.