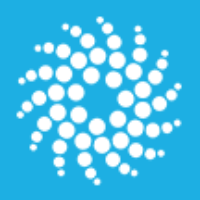 The Student360 application is designed to provide an overview of timely information about a student in an easy to read and logical layout.  Student360 saves valuable administrator time by providing a single interface into the most requested and most impactful information needed on a regular basis.  Prior to the introduction of Student360, much of the information was only available by navigating through multiple screens in several applications. the application contains modules for attendance notifications, attendance letters (truancy), attendance google maps that display students by the severity of the absences, an ADA chart and a powerful report viewer to display ad-hoc SSRS custom reports based on the ODS.

Student360 encompasses of 1 web application and 2 console apps that can a be scheduled to run separately o daily basis for attendance letters and notifications:

The 3 modules connect to SQL Server with the ODS 3.2.

About the Software Development tools and platform:

The application was built for ODS Ed-Fi 3.2

The application uses Google OAuth 2.0 and Google Maps. At the time of this posting this was still free to School Districts (LEA’s)

The application was developed using Visual Studio 2019 Community Edition but Visual Code can be used as well . C# as the middle tier and Angular, NPM, HTML and bootstrap within ASP.NET core 2+ . All these components are open source and free. The application also uses a low cost report viewer for SQL Reporting Services (SSRS) for custom reports than can be tested under a free trial version and purchased directly from Bold Reports (BI Report Management System & Reporting Tools | Bold Reports) . In lieu of Bold-Reports a free open source Report Viewer equivalent can be used (possible reduced performance).

It uses SQL Server Standard Edition 2016+ for the backend.

This Application can be installed and supported with the following minimum configuration:

Additional ODS -Student 360 interop SQL Server  tables: we added a folder SMCISD.Student360.SQLScriptsExtra , so  tables can  recreated for the application to handle security, display ADA Chart (data populates from SSIS) , attendance codes and other important configuration values for the application to run correctly.

You are unable to rate this content due to the filter settings.
Results: