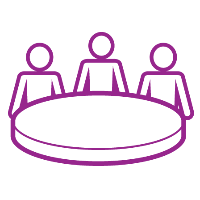 The Finance API describes an API surface for the exchange of K–12 education organization finance data. The API exchanges charts of accounts, their mappings, and budget and actuals for those accounts.

The API is designed to support many use cases related to exchange of financial data. The API design specifically includes the data models, transactional surface, and other structures necessary to support the federally mandated Every Student Succeeds Act (ESSA) financial transparency reporting.

The Finance API specification provides a blueprint for capture, exchange and validation of financial data for K–12 education organizations. The Ed-Fi Alliance Finance domain has been expanded with this API specification to align with state and local accounting practices, and to accommodate new transparency reporting requirements from the federally mandated Every Student Succeeds Act (ESSA).

The Ed-Fi Finance Work Group has compiled feedback from the Ed-Fi Community to define use cases not supported by the current finance domain model. The proposed Finance API model would allow for mapping data to report an LEA set of accounts to an SEA’s Chart of Accounts. The Finance API includes the ability to guarantee the integrity of full account codes and to tag budgeted and actual amounts to specific required reporting submissions.

The proposed Finance API is aligned with common accounting standards and reporting standards in the K–12 education space. The primary sources include:

The sources above build upon the Generally Accepted Accounting Principles (GAAP) as established by the Governmental Accounting Standards Board (GASB).

The architecture covered by this model of data exchange is intended to serve the following SEA, LEA, and CMO use cases.

The SEA use cases center on data exchange with LEAs related to state and federal finance reporting requirements. These use cases include:

ESSA (or other) financial reporting by a district can be generated by an SEA. The SEA maps the state-level COA to the various categories used for ESSA reporting, identifying the various dimensions and/or granular COA accounts for each ESSA category. The SEA and LEAs review the data for correctness and approve the data. The SEA publishes the ESSA reports to the public.

The same general use cases are applicable for charter management organizations to receive financial budgets and actuals from the schools in their network.

In regions where there is no Finance API at the state level, an LEA may find the Finance API useful for its own purposes. For example, an LEA can load the SEA-defined COA into a backing datastore, map its own local account codes, and directly generate reports for the SEA. The data exchanged via a Finance API also supports an LEA’s analytics and reporting (e.g., to link financial data with student outcomes and school operations information).

The Chart of Accounts entity forms the backbone for classifying expenditures of all types. Each Account Identifier element is comprised of a compound structure of multiple types of classifications, or dimensions, each with a hierarchical code structure. Example dimensions include:

In the data model, there are entities for each dimension whose values define the set of allowable numbers within the dimension. The Chart of Accounts entity holds the set of valid compound account codes, each linked to their requisite dimensions' code. While this may seem duplicative, each aspect has a specific purpose in that the dimension entities enumerated in the model reflect the national standards. The dimension entities provide a convenient mechanism for query, reporting, and roll-ups along dimensional lines.

Though not part of this specification, API platform hosts could define additional dimensions by repeating this convention.

Because all combinations of dimension code values are not valid, the Chart of Accounts entity delineates the set of valid compound account codes. The mapping (i.e., the association) of Local Accounts (including the Budget and Actual entities) to the Chart of Accounts will allow the API to ensure that only valid Chart of Account entities are referenced. This validation is typically performed by referential integrity checks in an underlying platform's datastore. This approach obviates the need for dozens of business rules to check for valid combinations had a dimension-only model has been used. The Chart of Accounts entity provides the definitive list of account codes used to derive accounting statements and to produce budget versus actual reports.

This section provides a few example usage patterns for the Finance API.

Building the SEA Chart of Accounts for a Fiscal Year

SEA client systems will create a chart of accounts through the /chartOfAccounts endpoint. Each POST to /chartOfAccounts is analogous to creating a row in a typical chart of accounts spreadsheet, and contains similar information: a name and code for the account, plus accounting dimension information such as the type of account (e.g., expense), the fund type (e.g., general fund, capital project fund), the object of the account (e.g., salaries, technical services, utility services), and so forth.

In this example, the SEA has reflected the dimensions in the accountIdentifier (10-100-120000). But, the API doesn't require or enforce that pattern, so SEAs may use any identification scheme that works for their environment.

Items of note from this example:

API implementers and client system developers are expected to follow all guidelines in the Ed-Fi API Design and Implementation Guidelines. These include requirements relating to errors, authentication, security, and other aspects of API usage and implementation. Any MUST requirements from that document are considered necessary to conform to this specification. If there are differences between the requirements included in this document and the Guidelines, the information provided in this document has precedence.

An OpenAPI definition of the proposed Finance API interface is provided below. Consumer implementations wishing to conform to this standard are expected to implement paths, resources, and definitions as described in that OpenAPI specification. In addition, providers must accurately follow other related semantics defined in the Ed-Fi UDM (for example, for references to entities outside this domain).

The following is a summary of paths in the Finance API and brief descriptions:

The set of account codes defined by an education organization for a fiscal year. Provides a formal record of the debits and credits relating to the specific account.

The set of local education agency or charter management organization actual financial result amounts, typically based on the accrual basis of accounting.

A valid combination of account dimensions under which financials are reported. This financial entity represents a funding category combined with its purpose and type of transaction. It provides a formal way to categorize the debits and credits relating to a specific account.

The NCES fund accounting dimension. A fund is defined by the NCES as "a fiscal and accounting entity with a self-balancing set of accounts recording cash and other financial resources, together with all related liabilities and residual equities or balances, and changes therein, which are segregated for the purpose of carrying on specific activities or attaining certain objectives in accordance with special regulations, restrictions, or limitations." Most SEAs use a similar definition.

The NCES program accounting dimension. A program is defined by the NCES as "a plan of activities and procedures designed to accomplish a predetermined objective or set of objectives." These are often categorized into broad program areas such as regular education, special education, vocational education, other PK-12 instructional, nonpublic school, adult and continuing education, community and junior college education, community services, and co-curricular or extracurricular activities. Most SEAs use a similar definition.

The NCES function accounting dimension representing an expenditure. Per the NCES definition, the function describes the activity for which a service or material object is acquired. The functions of a school district are generally classified into five broad areas, including instruction, support services, operation of non-instructional services, facilities acquisition and construction, and debt service. Functions are typically further classified into sub-functions. Most SEAs use a similar definition.

The NCES object accounting dimension representing an expenditure. Per the NCES definition, this classification is used to describe the service or commodity obtained as the result of a specific expenditure, such as salaries, benefits, tuition reimbursement, and so forth. Most SEAs use a similar definition.

The NCES project accounting dimension. Per the NCES, the project dimension reporting code permits school districts to accumulate expenditures to meet a variety of specialized reporting requirements at the local, state, and federal levels. In the NCES reporting scheme, this is typically a three-digit code with the format 00X. The first two digits identify the particular funding source, authority, or expenditure purpose for which a special record or report is required. The third digit is available to identify particular projects and the fiscal year of the appropriation within that funding source. SEAs will typically provide guidance to LEAs on how to structure this code.

The NCES operational unit accounting dimension. Per the NCES, this dimension is used to segregate costs by school and operational unit such as physical location, department, or other method. SEAs may provide guidance to LEAS on how to structure this code, or it may be at the discretion of the local organizations.

The NCES source dimension. Per the NCES, the source dimension is used to classify revenue, receivables, and other sources of income based on their origins such as taxes, tuition, fees, and so forth. Revenue increases both the assets and the equity of a local education agency or charter management organization as a whole. Most SEAs use a similar definition.

The NCES balance sheet accounting dimension. The NCES definition states that the balance sheet accounts and statement of net position accounts are used to track financial transactions for each fund. Such financial statements only report assets, deferred outflows of resources, liabilities, deferred inflows of resources, and equity accounts. The statements are considered "snapshots" of how these accounts stand as of a certain point in time.

Technical definitions of these paths can be found in the Finance API OpenAPI specification.

Initial review of the Finance API specification has raised the following questions and comments.

The questions posed here are entirely around whether the Finance API specified in this RFC 18 has a role in supporting these processes or communicating information between different systems related to these processes. The concerns raised in this section may be entirely addressed by existing client system functionality and/or business processes. If that's the case, then no action is indicated.

We welcome responses to issues raised in the Key Questions above, and comments on any part of the model. The primary mechanism for feedback is via the Ed-Fi Alliance general project in the Ed-Fi Tracker.