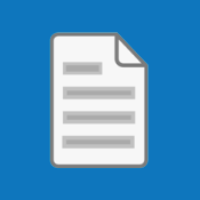 The Resources that are used by an Ed-Fi REST API are compositions of entities, attributes, and associations. Resources are domain aggregates that have been identified from the Ed-Fi Unifying Data Model (UDM) according to the principles of Domain-Driven Design (DDD). Use cases and events in the domain typically center on individual domain aggregates.

In the table below, the domain aggregate for a Course is constructed from a number of course-related entities in the Ed-Fi UDM. A complete list of Resources, Types, and Descriptors is included in the API Resource Listing.

The Ed-Fi UDM can be extended to modify the structure of existing entities or create entirely new entities.[6] In the context of an Ed-Fi REST API, these are called resource extensions. Consumers of an Ed-Fi REST API interact with resource extensions just as they interact with other Resources. For example, if the Student resource has been extended in the data model supported by the API platform host, an API consumer requesting a student will receive the extended resource.

The same practices used for native Ed-Fi REST API interchanges and Resources should be used for extensions. Extension Resources and extension entities on Ed-Fi standard interchange schemas should follow the same conventions as outlined in the Ed-Fi Core XML Schema. Extension attributes (that is, new attributes for existing Resources) do not carry a suffix identifying them as an extension, and are indistinguishable from native attributes when viewed in the API.

Types and Descriptors exposed through the API are analogous to enumerations in XML or lookup values in a database. The primary difference is that Types are generally immutable in the context of particular Ed-Fi technology implementations because they are intended to form a relatively stable part of the data model, while Descriptors are elements designed to support change.

Accordingly, there are differences in how these similar structures are supported through the API.

Types must be read-only from the API’s perspective (as they are analogous to enumerations).

Descriptors are typically read-only from the API’s perspective; however, an implementation may allow them to be created using POST and updated using PUT.

6 Extensions to the Ed-Fi data model in an API context are discussed in the Ed-Fi ODS / API documentation, available here.

Find out more about the Ed-Fi REST API: