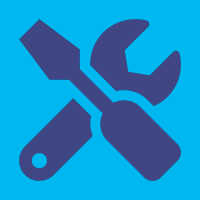 This page provides information on the components used in the out-of-the-box Ed-Fi Docker Compose configuration, as well as brief descriptions and diagrams of each configuration mode supported by the Ed-Fi Docker solution.

The Ed-Fi Docker solution contains images to support the following components. All images are built on the Alpine Linux distribution. Custom images are distributed via the edfialliance account on Docker Hub.

These Ed-Fi Alliance maintained images are not included in the configurations described below, and therefore must be deployed separately.

The following configurations are supported out of the box. In the diagrams below, the dashed line represents the internal Docker network, and all rectangles represent separate containers. Cylinders represent data that should be stored in volumes that are mapped outside of the Docker network for permanency.

A Sandbox environment is generally used to support API client developers in developing client applications. It is not intended to be a staging environment for the platform host. Includes the following web applications:

The Shared Instance configuration runs a single ODS database that serves all data going through the API, as contrasted with the Year Specific and District Specific configurations described below. In this configuration, a single deployment can support multiple school years and multiple districts. However, the Ed-Fi Alliance recommends that implementations only store a single school year in any ODS database; see Guidance on Multi-Year Data in ODS for more information.

District Specific mode is like the Year Specific mode, except that the partitioning is by a school district / local education agency name or code instead of by year. See District-Specific ODS Configuration for more information on this mode.